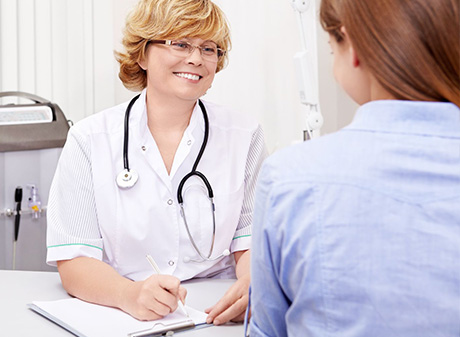 The voice is for singers an organ that has to perform at its best. It can fill entire concert halls or drown out large orchestras. If the voice is overloaded too much, it can lead to permanent loss of performance. The Phoniatrics experts have a variety of treatment options available.

A common cause of vocal impairment is the appearance of thickening of the vocal cord margin in the middle of the membranous part at the point of highest mechanical stress. The cause is an excessive voice load in relation to the power of the vocal folds. These include speaking in the noise, forcing, singing in the wrong voice or in the wrong vocal fan.

The voice is slightly to moderately hoarse, predominantly rough, but can also be breathy and intermittent. For singers, the low-pitched singing at first is limited, then they lose the high notes. The voice sounds harder or only sounds loudly. The time required for singing and the effort to sing are increasing. The vocal sound may still be normal despite the thickening during forcing. Some singers compensate for the pathological changes in the initial stage.

If vocal loss of performance exists and the indication for therapy is given, the procedure should be sequential: first, rest of voice, then vocal exercises, most recently phonosurgery followed by vocal or singing exercises. After each therapy step, if it has led to success, the treatment can be stopped.