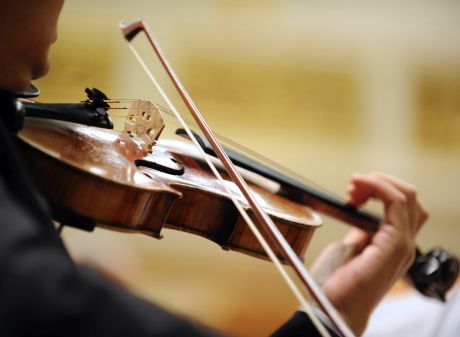 Music is considered one of the strongest triggers of emotions. However, after a stroke, some patients seem unable to feel emotion or joy when listening to music, even though they still enjoy other activities. At the Berlin Center for Musician's Medicine, research is being conducted to determine the extent to which a stroke alters the emotional response to music and how therapeutic measures must be adapted to this.

Music has become an important part of rehabilitation programs, especially for stroke patients. In addition, music can help maintain and improve cognitive and motor performance in both patients and healthy individuals, probably due to the release of dopamine in the brain's reward center.

But what if you suddenly feel nothing when listening to music? After a stroke, some patients seem unable to feel emotions or pleasure when listening to music, even though they still enjoy other activities. This disorder is called musical anhedonia. The strong emotional power of music has no effect on people with musical anhedonia - rather, music seems like a mere string of sounds that it does not touch emotionally. Musical anhedonia can be congenital or result from brain damage. So far, however, there are only a few case studies that report of acquired musical anhedonia. It is possible that the deficit in the acute phase receives little or no attention, as patients and treating physicians are not sufficiently sensitized to such a disorder. In the course and especially in the chronic stage, however, acquired musical anhedonia can prove to be a relevant limitation of quality of life.

Previous research results indicate a special role of the temporo-parietal cortex as well as an impaired connectivity of temporal brain regions with the reward center in the brain in the emotional processing of music. However, there is no precise information on the prevalence, causes or course of acquired musical anhedonia.

Therefore, we want to find out how stroke alters the emotional response of patients to music and whether patients with temporal brain damage suffer more from musical anhedonia. Furthermore, the study will contribute to a better understanding of acquired musical anhedonia and identify the brain regions responsible for it.

To investigate this question, the emotional reactions of chronic stroke patients will be investigated using a computer-based experiment and their results will be compared with those of healthy control subjects. In order to obtain an objective measure for the emotional response, changes in skin resistance and heart rate will be measured while the participants are exposed to different musical stimuli. The results of the study may identify the frequency of acquired musical anhedonia in stroke patients and reveal differences in sensitivity to different musical emotions.

The study is being conducted in cooperation with the Center for Musician's Medicine Berlin, the Department of Neurology of Charité - Universitätsmedizin Berlin and the Center for Stroke Research Berlin.